In the last part -4 of this tutorial I have showed you how you can use IF statements to make decisions and to compare them and how to deal with variables and text in PHP. In this part I am going to show you how to use another important part of PHP, Loops.

WHILE Loops statement IN PHP:
The WHILE loops is one of the most useful commands in PHP. It is also quite easy to set up and use. A WHILE loops will, as the name suggests, execute a piece of code until a certain condition is met.

Repeating A Set Number Of Times:

If you have a piece of code which you want to repeat several times without retyping it, you can use a while loop. For instance if you wanted to print out the words “Hello earth” 10 times you could use the following code:

Now I will explain this code. The first 2 lines are just putting the variables. The $ten_times variable holds the number of times you want to repeat the code. The $x variable is the one which will count the number of times the code has been executed. After these is the WHILE line. This tells the computer to repeat the code while $i is less than $ten_times (or to repeat it until $i is equal to $ten_times). This is followed by the code to be executed which is enclosed in { }.

After the echo line which prints/echo (results) out the text, there is another very important line:

What this does is exactly the same as writing:

It adds one to the value of $x. This code is then repeated (as $x now equals 1).

Do…While loop statement in PHP:
The do…while statement will execute a block of code at least once – it then will repeat the loop as long as a condition is true.

Example: The following example will increment the value of i at least once, and it will continue incrementing the variable i as long as it has a value of less than 10 −

For Loop Statement in PHP:
The for statement is used when you know how many times you want to execute a statement or a block of statements.

The initialize is used to set the start value for the counter of the number of loop iterations. A variable may be declared here for this purpose and it is traditional to name it $i .

Example: The following example makes five iterations and changes the assigned value of two variables on each pass of the loop −

Foreach Loop Statement in PHP:
The foreach loop works only on arrays, and is used to loop through each key/value pair in an array.

For every loop iteration, the value of the current array element is assigned to $value and the array pointer is moved by one, until it reaches the last array element.

The following example demonstrates a loop that will output the values of the given array ($colors):

This will produce the following result −

In the next part I will show you how you learn Arrays. 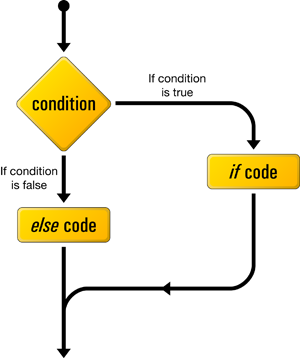 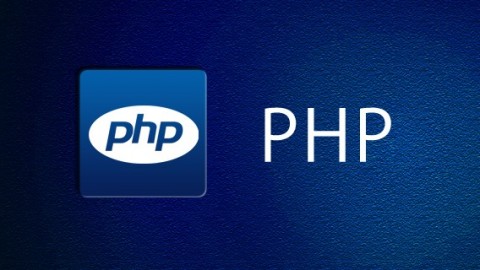 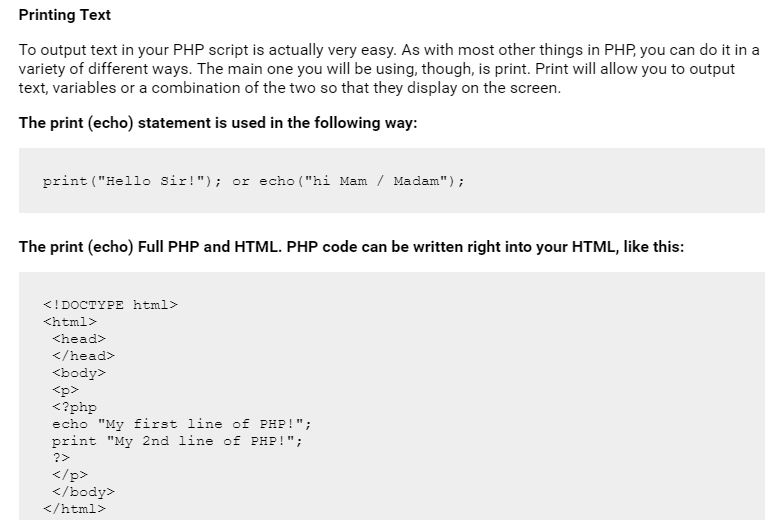